Staying Focused on What Matters

To be a leading institution, Brock must address excessive administrative
downloading so faculty can focus on teaching and research

Downloading is part of our daily lexicon – and it’s something that directly impacts Brock University Faculty Association (BUFA) members.

Dr. Nancy Taber, BUFA grievance officer, said increasing numbers of faculty are coming to her with concerns about downloaded administrative work because it’s taking them away from what they should
be doing. According to the collective agreement with the university, BUFA members should be spending
40 percent of their time teaching, a further 40 percent doing research and the remaining 20 percent on service-related tasks.

However, over the last several years, faculty have been asked to do many administrative tasks that were previously done by administrative assistants and other university personnel. Reorganization and layoffs are among the reasons for this downloading.

“It prevents faculty from doing their job,” Taber said, adding she has seen a spike in the number of complaints she’s received since the last round of layoffs about 18 months ago. 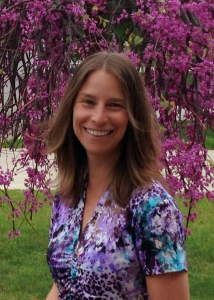 This downloading can be seen in all areas. For example, department chairs have responsibilities that include long-term planning, programming, scheduling of courses and overseeing staff in the department. They are now being asked to perform health and safety duties, figure out room capacities and the demographics of a particular area in order to become more heavily involved in recruiting students.

“Many chairs, because the dean has asked, want to help out and not overload their own staff so they’re stuck in the middle,” Taber said.

Another area that has negatively impacted faculty is annual report preparation. The new electronic format is very time-consuming and is more concerned about how much, rather than what, faculty do, Taber said.

Taber said completing these additional administrative tasks means something will eventually go by the wayside. And that could range from volunteering on a committee to spending extra time with students to completing a research project.

“It has to come from somewhere – preparation for courses, meeting with students, extra feedback,” she said, adding eventually people will begin feeling frustrated and potentially more stressed, leading to decreased morale overall.

One of the biggest administrative complaints from faculty has been Workday, a cloud-based financial software system that Brock implemented in May 2016. One idea behind Workday was to make it easier for faculty to submit receipts for reimbursement.

Taber said some Workday expense claims can take about two to three times longer to complete than the former paper system.

“We are trying to get money that is owed to us in our account and this takes away from us doing research,” she said. “We’ve had multiple members complain about that.”

This new system is also leading to an inequitable treatment of BUFA members, Taber said, because some people have administrative assistants who can help with Workday claims while others do not.

“We all don’t have the same administrative support,” she said.

Dr. Kathy Belicki, a professor of psychology, said Workday is “a living nightmare.” 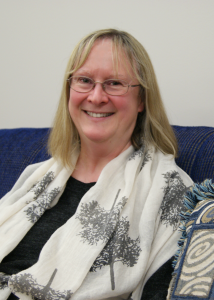 “Finance clerks used to handle the details and now it’s at our end. Admin assistants are told to help us with that but they have no time,” she said. “It’s cutting into my writing time. Tax payers are paying me not to write or spend time on students, but to fill out paperwork on reimbursements.”

Since arriving at Brock in 1986, Belicki said administrative downloading has been like little drops of rain.

“You can handle a drip here and there but gradually, it has added up to a downpour and you’re drowning as you try to keep your head above water,” she said.

Belicki said faculty “can’t do more with less,” and that the effects of the downloading are already being felt. Her department previously enjoyed an open door policy for students to get help from their professors. That got pared back to posted office hours. Now, students must often make appointments with professors, Belicki said.

“And that can be daunting. A lot of students don’t feel comfortable, especially in first year, contacting faculty,” she said. “A student walks in and sees lots of closed doors. There’s a lot less availability to students than there used to be.”

Another area that has been hard hit is collaborative programs with community colleges. Originally overseen by the dean’s office, the initiative was downloaded to individual departments and, with not enough time to oversee it, many have been discontinued, Belicki said.

“We have one program that we can’t let go and so now I’m advising it,” she said. “It’s a smallish program with four or five students going next year to the Yukon. This program changes students’ lives and we can’t let it go, but it will probably go when I retire.”